A steel arch and a suspended landscape pathway, create a dramatic gateway

The concept of the bridge falls into two parts. The first is the generation of a steel arch, which reaches over the motorway, creating a very strong and dramatic gateway to Exeter and beyond. The second element is the bridge deck, which is conceived as a suspended landscape pathway, connecting the two sides. 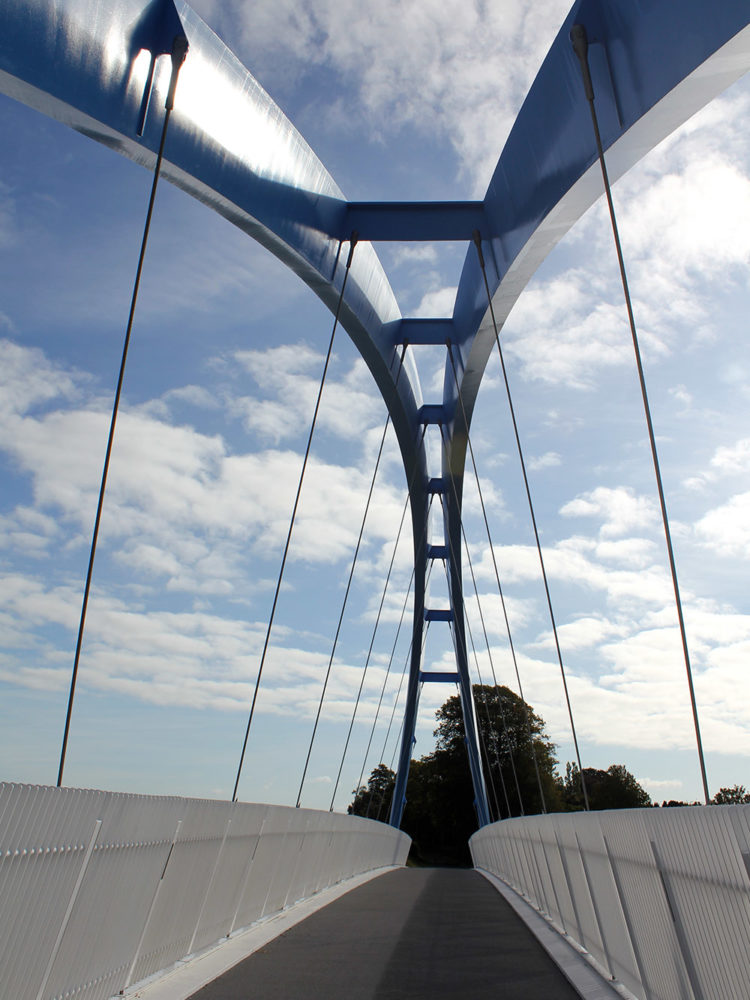 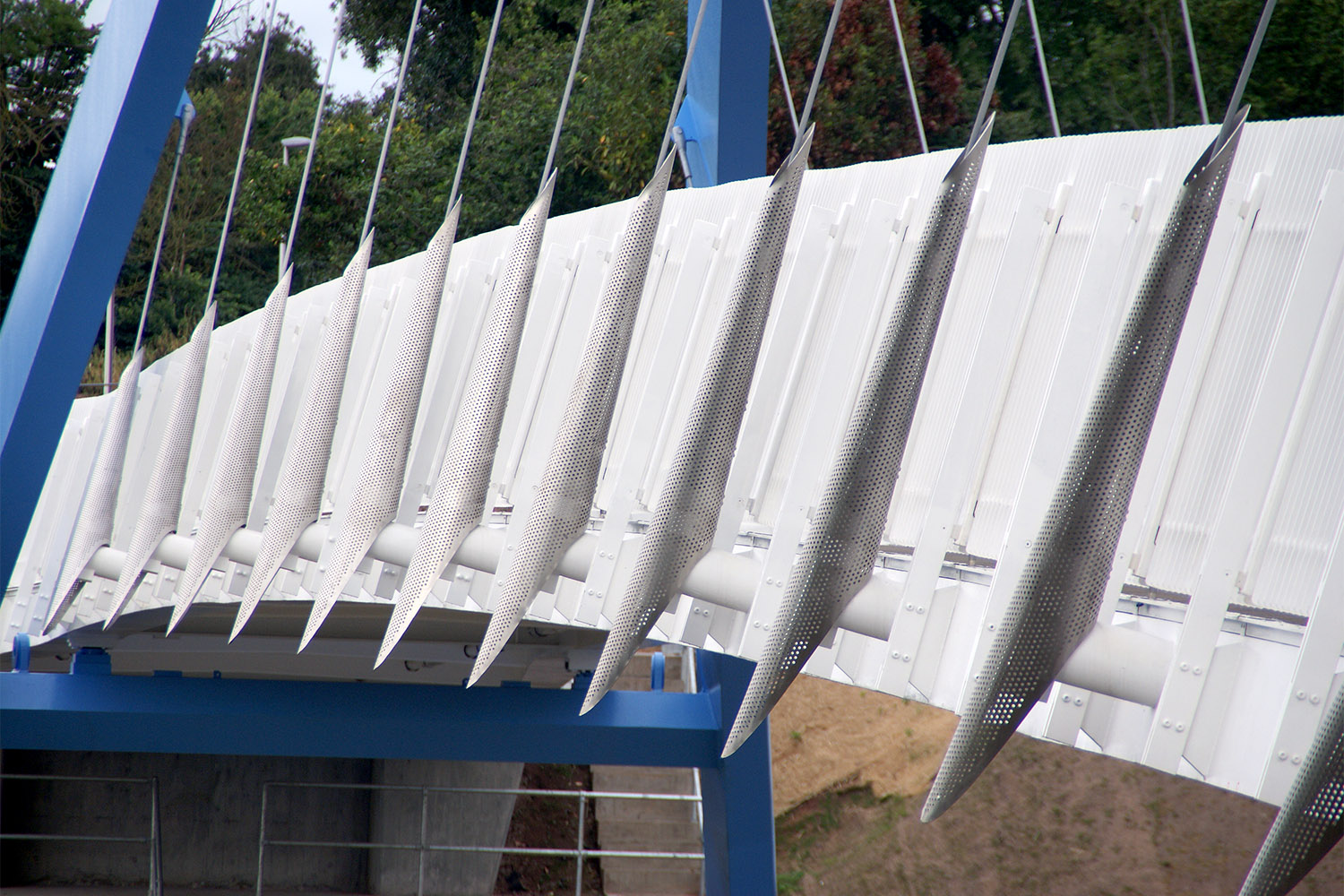