Set into a granite hillside overlooking the sea, these new housing units are arranged on existing natural contours

Set into a granite hillside overlooking the sea, this scheme of 37 new housing units and community buildings are arranged on existing natural contours. Efficient landscaped car parking courts for the whole site are designed on two levels at the foot of the site: one below ground and one at grade.

Pedestrian routes through the site weave between residential buildings via existing vanells, steps and ramps between semi-public courtyards. Each house or apartment benefits from a small dedicated garden or balcony to complete the hierarchy of public, semi-public and private realms. 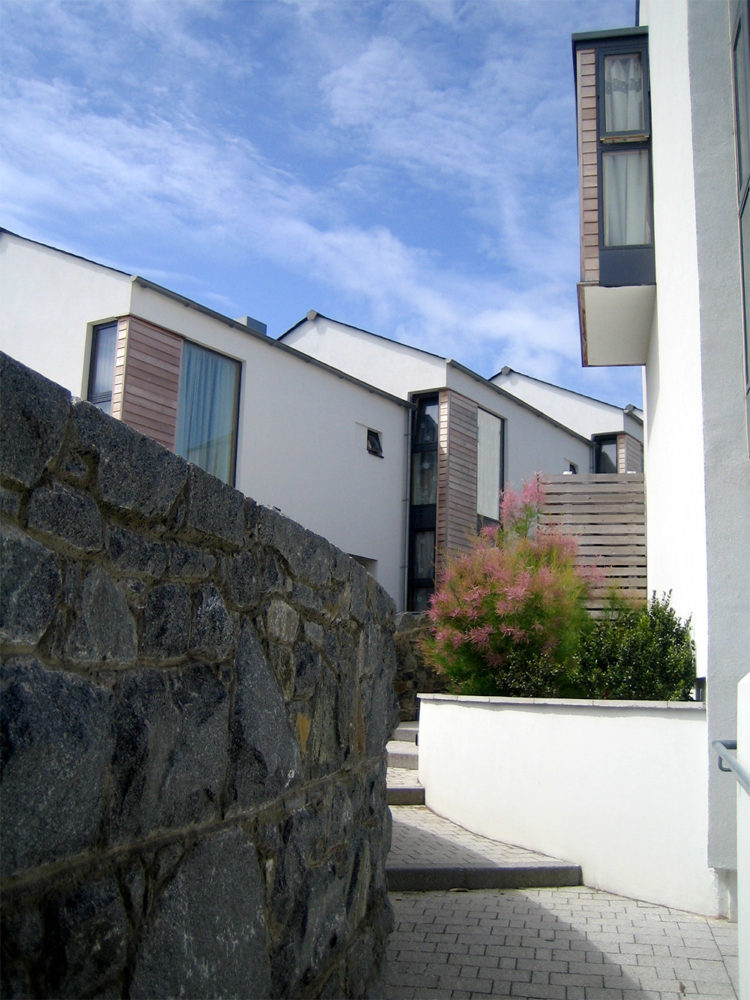 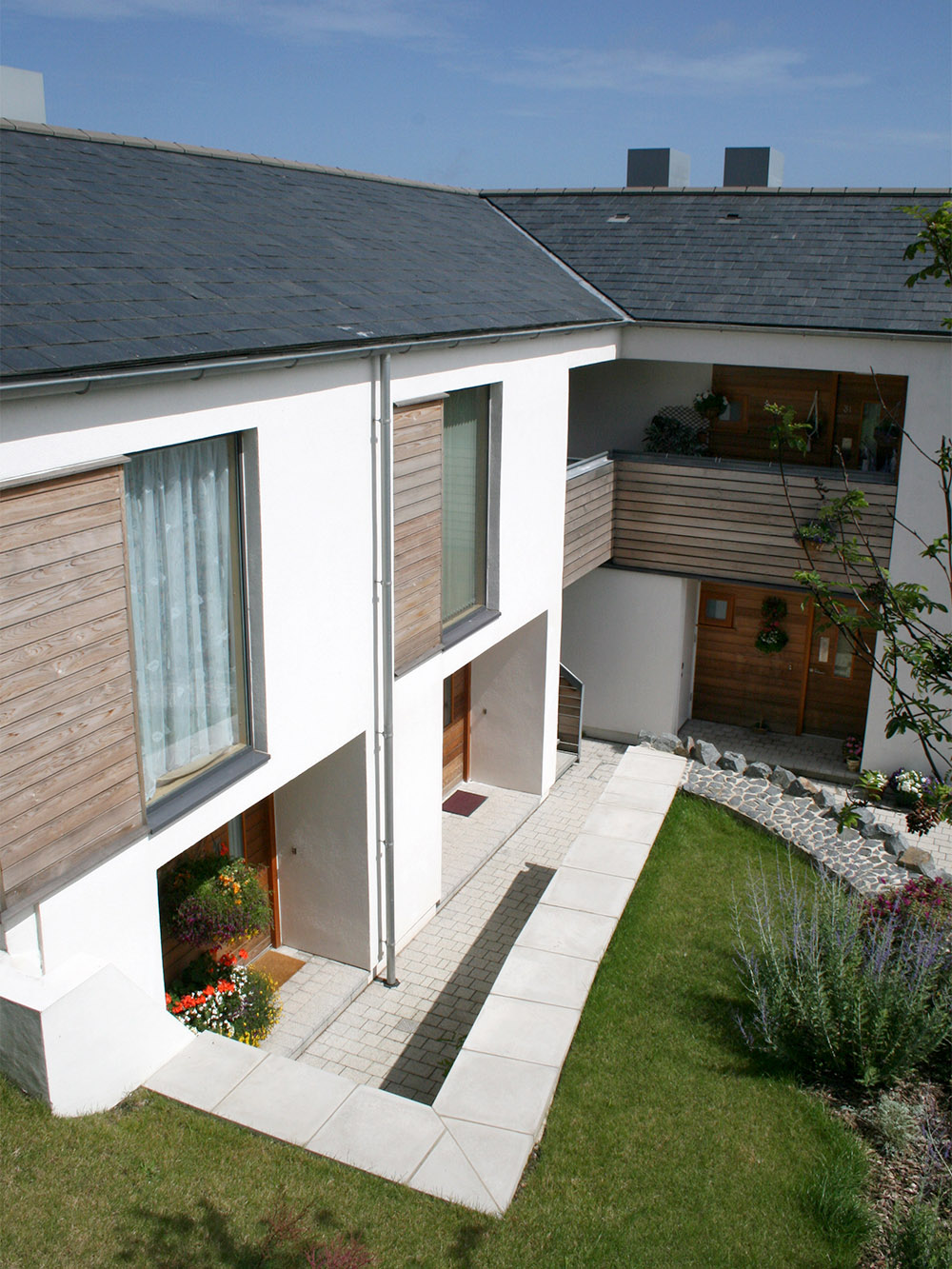 The site for this thirty seven dwelling residential development was in the ownership of The States of Guernsey. The existing dwellings were very low in density and had begun to prove too costly to maintain. The client sold the land to Guernsey Housing Association who wanted to redevelop the site with family homes of greater density.

A key concern was to retain all parking at the lower end of the site, to enable a series of open amenity spaces and courtyards to be accommodated within the centre, around which the dwellings could face into. An ambition was to facilitate external play space for children to play within protected car-free spaces, overlooked by their homes.

The nature of the site’s topography lead to the development of some interesting typologies for the various dwellings, including a three storey model consisting of two split-level family homes, each with gardens. The project has received numerous awards including The Civic Trust’s Special Housing Award 2007, and RIBA Award 2007 and a RTPI Commendation 2008. 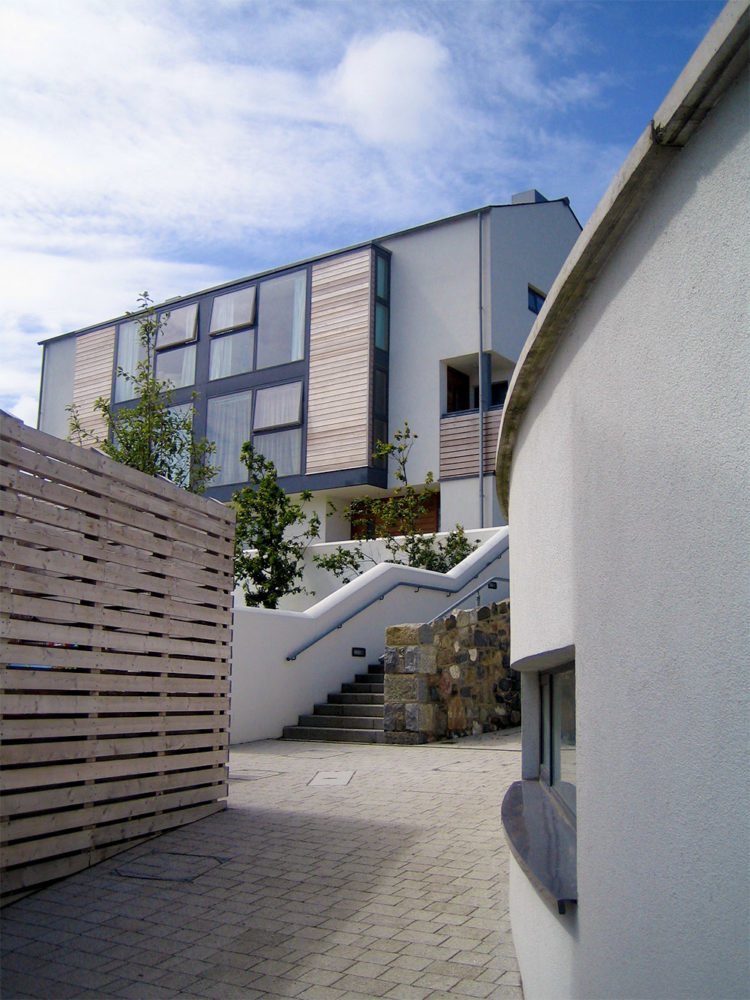 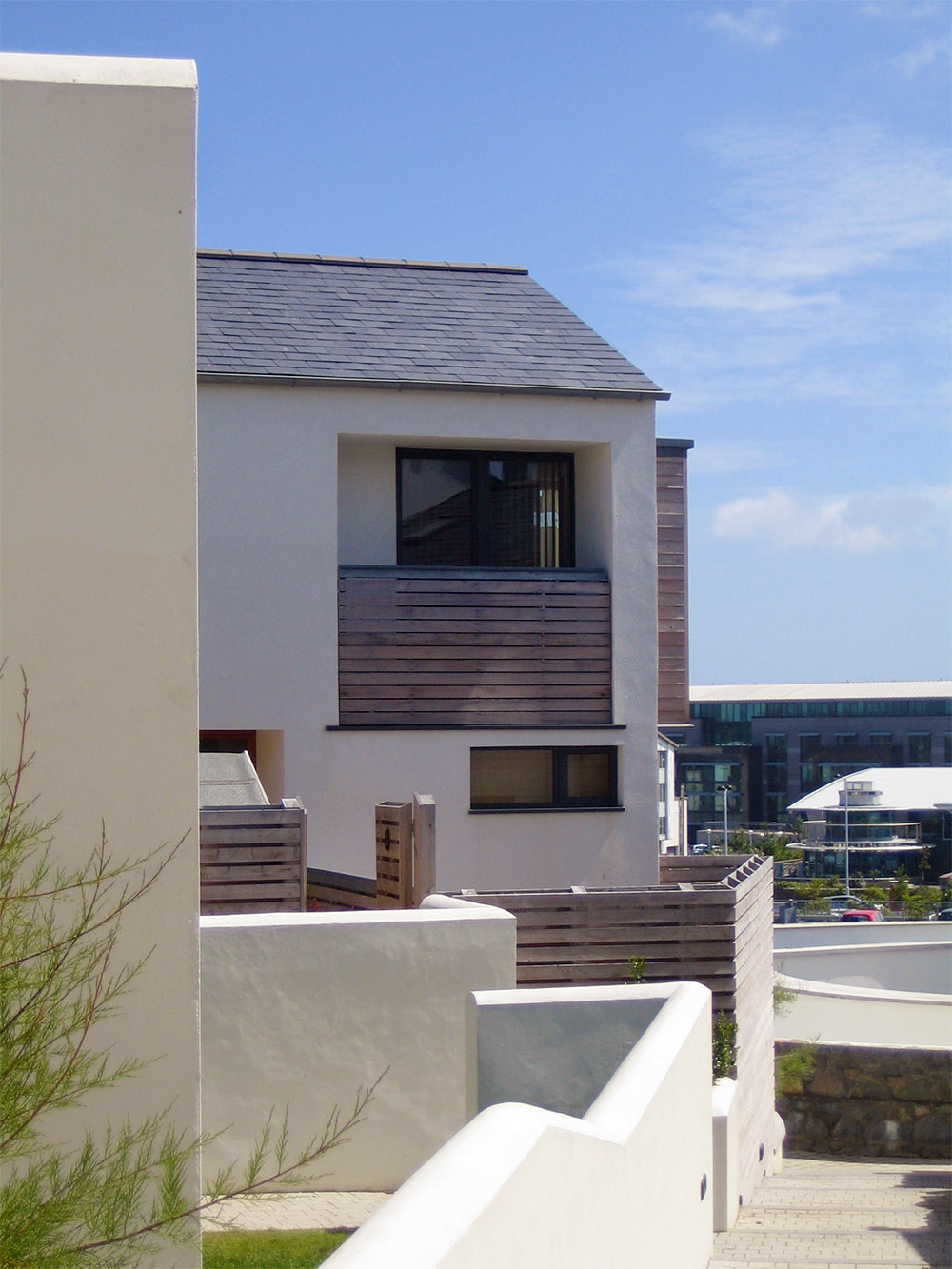