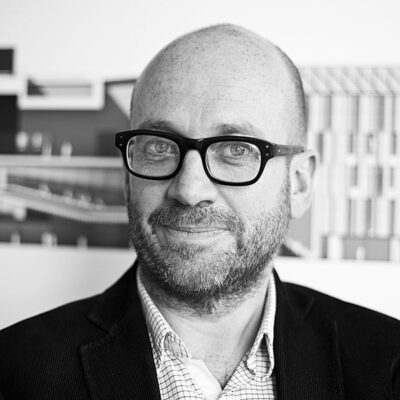 After graduating from Magdalene College, Cambridge in 1988 with a degree in French & Linguistics, Phil spent the best part of 25 years building up an eclectic portfolio of roles in marketing and advertising. Whether in agencies or client-side, he has always tried to work in fast-moving, stimulating sectors, encompassing design, entertainment, publishing, retail and telecoms.

Phil spent 3 years running the advertising and promotions for much-loved music chain Our Price, only moving on to take over the marketing for some of the UK’s biggest entertainment magazines, including Q, Kerrang! and Smash Hits. Another exciting role found him running the pan-European advertising for Sony Consumer Electronics, the highlight being a ground-breaking TV campaign involving a man in an armchair being thrown out of an aeroplane…

Two years spent at the start-up which became Three (the UK’s first 3G network) were followed by interim assignments at WH Smith and Mattel. He then helped set up a commercial furniture business and over a number of years collaborated with design Engine on a series of successful interiors projects, including the award-winning British Embassy in the Yemen and the University centre at the University of Winchester.

Following a year’s sabbatical which produced a PGCE in modern languages and Qualified Teacher Status, Phil returned to his first love – marketing – and joined Design Engine in July 2013. He now works as a consultant for Design Engine and is responsible for co-ordinating the practice’s marketing activity, ensuring that we communicate effectively with the wider world.